skip to main | skip to sidebar

Back in February I told you about a Dr. Seuss bathroom I was decorating for the youngest children.
This was the shower curtain I purchased for it. 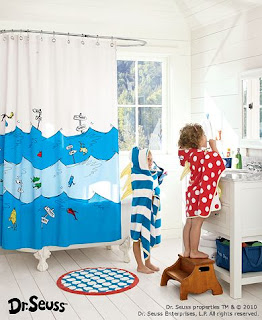 On a recent shopping trip to Target, I found some items that should be really cute with it.
I bought a set of three, all red, for each child...less fighting later.
I also thought I might have some vinyl lettering, in a cute child's font, made for each item... 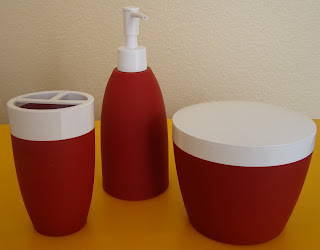 ...maybe monogram the children's names on their towels.
That's for me...so I know who threw their towel on the floor instead of hanging it up.

I also made some new art to hang on the wall...
...added coordinating borders around three images...
..and then framed them in a Home Goods frame. 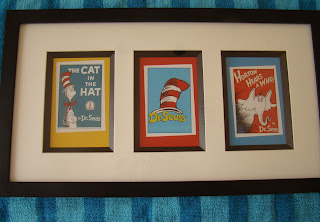 Oh, I also found three cute little white vases with black lettering.
They were in the dollar section at Target...so that made them only 33 cents each.
I wasn't sure where I would use them at first but I couldn't pass them by.
What a deal!
I took some museum putty and stuck them down on the toilet lid.
I'm hoping that will secure them from the grasp of two small children in the house.
If you haven't ever tried museum putty, you should.
It feels a lot like Silly Putty. Sticks items to other items to prevent accidental breakage.
Release fairly easy, leaving no residue or damage to either item.
I love this stuff! 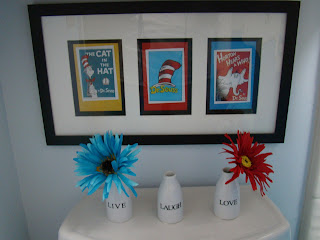 I found the flowers in the vases at Hobby Lobby for 50% off.
I have to go back for a yellow flower still...
...I bought a lime green by mistake.
Not sure why...but I thought there was some lime green in the design.
Oh well....that's for another day....
Posted by Janie

I appreciate you visiting me and leaving a comment.
I try to reply to all of them. If you like what you see, please add yourself to my following. I will do the same in return. I love new friends!

Friendship is born at that moment when one person says to another, "What you too? I thought I was the only one."
~C.S.Lewis 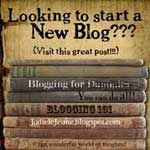